The Studio is focused on creating meaning and exploring how we create meaning. But we are often creating things that have never existed. So our discover-oriented process requires a lot of research and development. Here are some selected examples.

Andy Cavatorta developed the mechanics, electronics, software, and behaviors of a collaborative swarm of painting robots for Sougwen Chung's 2016 work Omnia per Omnia. This was completed in just 5 weeks for Sougwen's contribution to a Bell Labs residency, performed at Mana Contemporary.

The path planning algorithm represents paths as continuous time-based functions in a Cartesian plane. Collision avoidance is calculated proactively, before starting motion. It reacts to Sougwen's painting process and the measured positions and orientations of all robots.

The software is written from whole cloth in distributed, multithreaded Python, using no outside frameworks. The 24 robots each use Raspberry Pi Nanos. The overhead machine vision system uses an NVidia Jetson. The main controller runs on an Ubuntu-based laptop.

The Irvine is an electrophone developed for the 75th birthday of Herr Doktor Professor Helmut List, CEO of Austria-based AVL. The instrument uses gallium phosphate [GaPO4] crystals to generate its sounds. The process for synthesizing GaPO4 was invented at AVL. 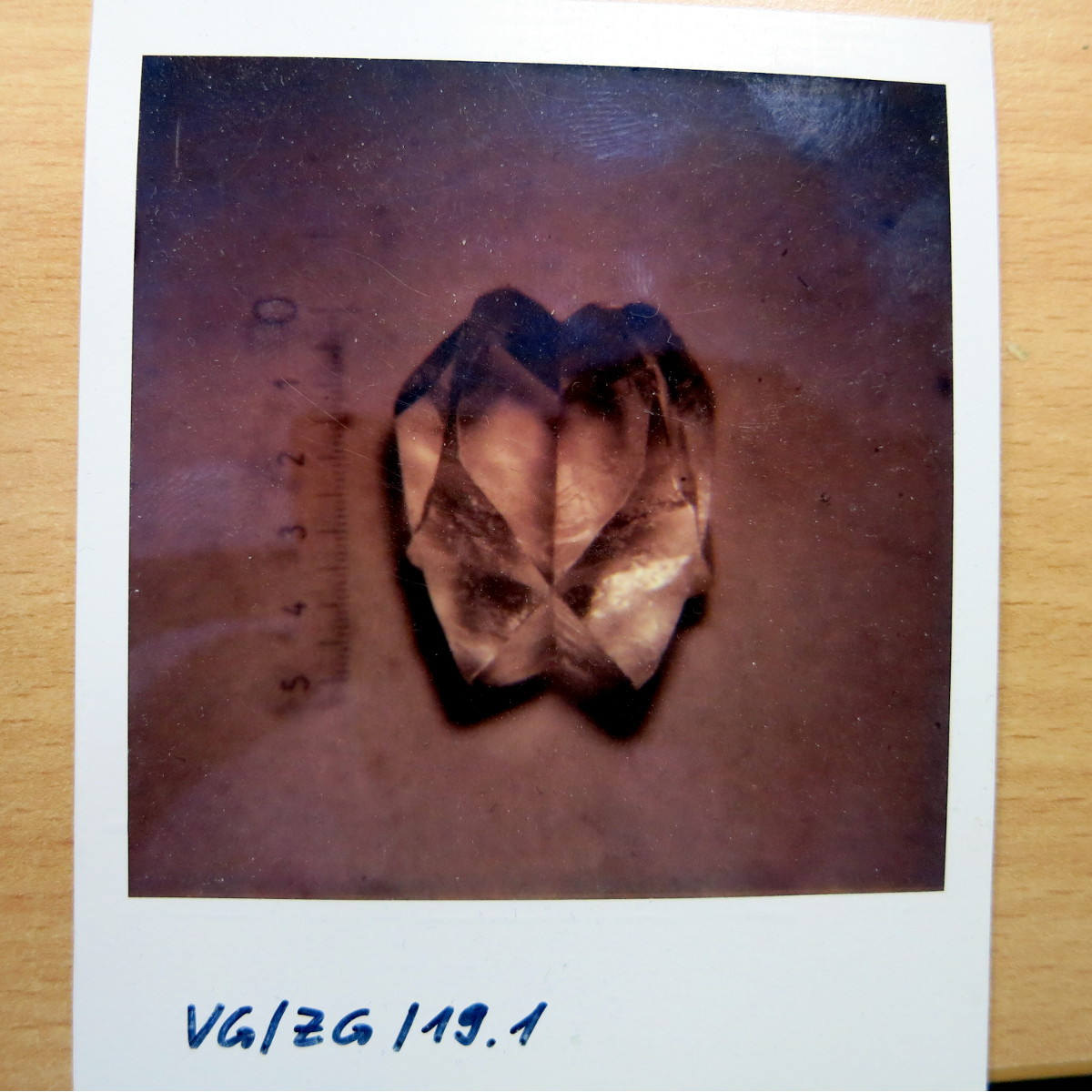 Gallium phosphate crystals are very sensitive to changes in temperature and pressure, making them ideal as sensors for many industrial processes. 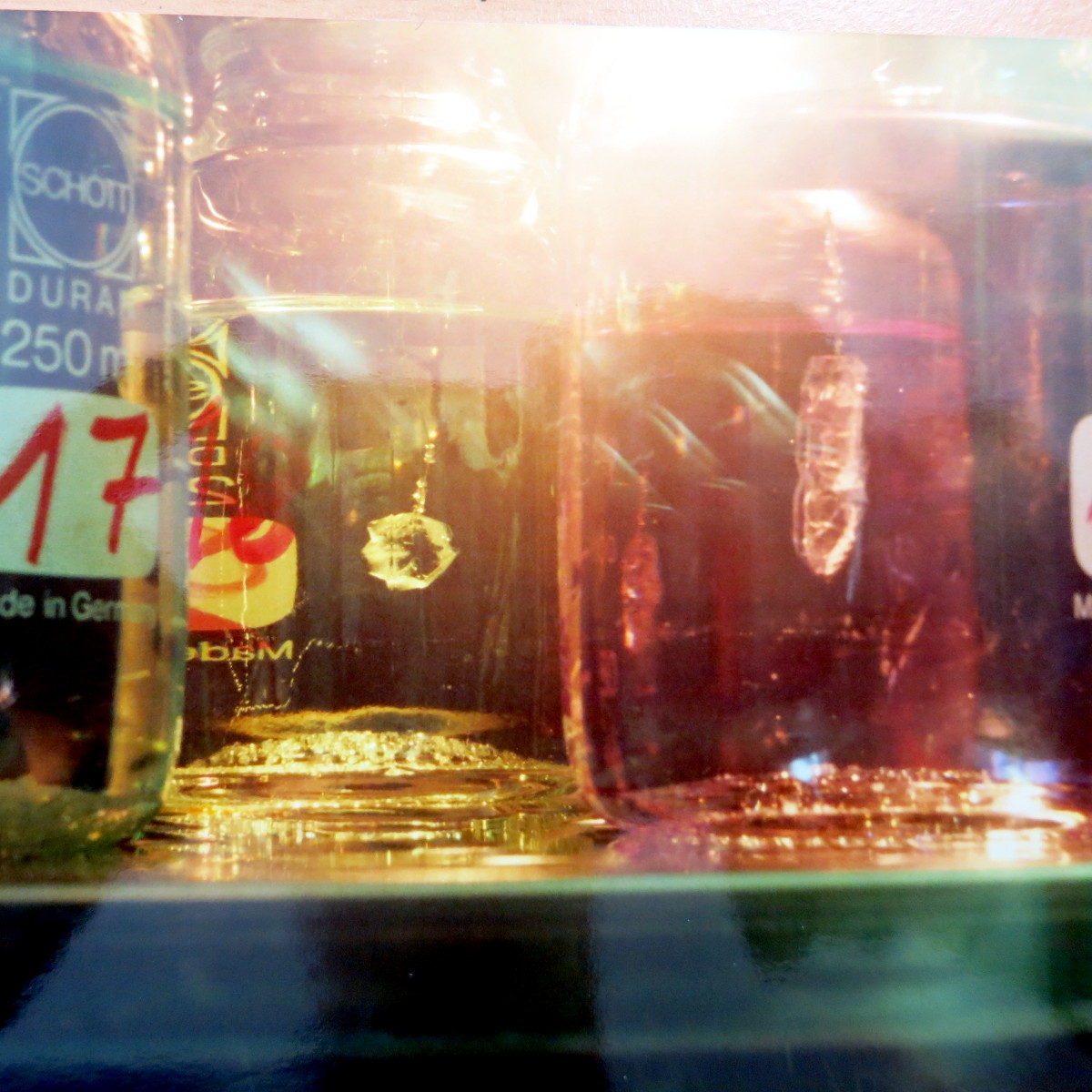 We needed to invent a technique to compensate for these changes and stabilize the musical pitches of the Irvine. We spent weeks collecting data and experimenting with compensating circuits

We discovered that the relationship between temperature and frequency is highly nonlinear. Our final compensation technique uses an arrangement of circuit changes, a thermal sensor, and feedback from a frequency counter. 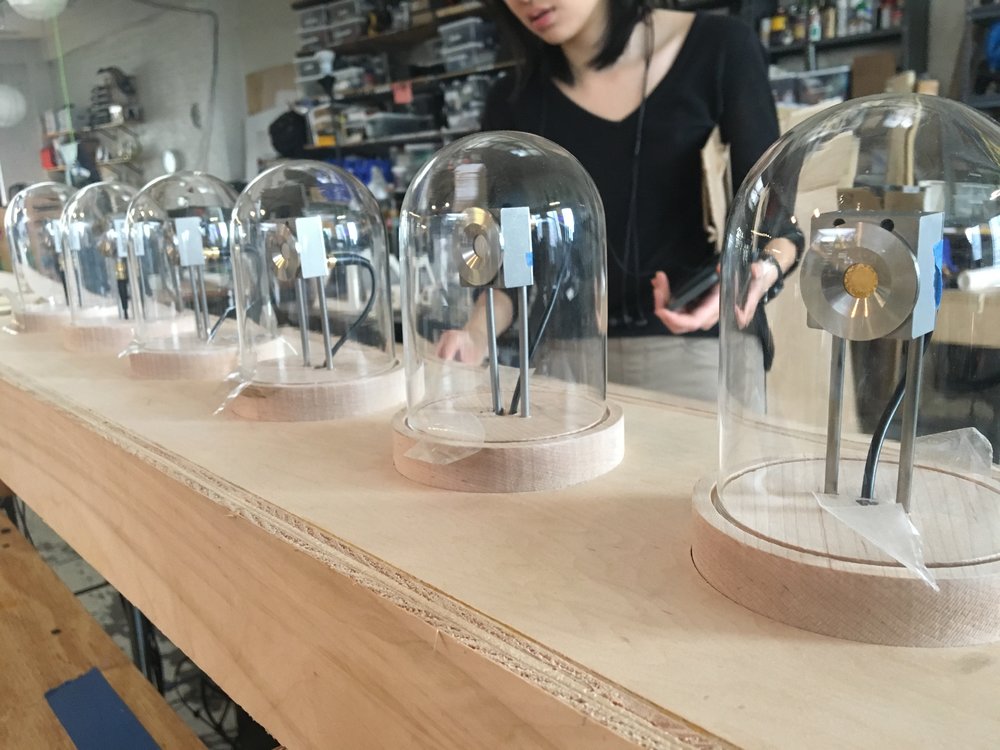 The Overtone Harp, built for composer Molly Herron, gives new life, new pitches, new timbres to an old piano harp. Oscillating magnetic fields stimulate the strings in their fundamental modes and also in their first eight harmonic modes. This creates layers of sound like a pipe organ and gives access to additional consonant intervals not found in 12 tone equal temperament, such as the Perfect 3rd and Perfect 7th.

Driving multiple harmonics using the same electromagnet requires a phase-level precision unavailable with any sound card or music software. So a custom driver chip was synthesized using a Xilinx FPGA. The chip design is written with Verilog and receives commands through an RS-232 interface (UART) synthesized inside the custom chip design. 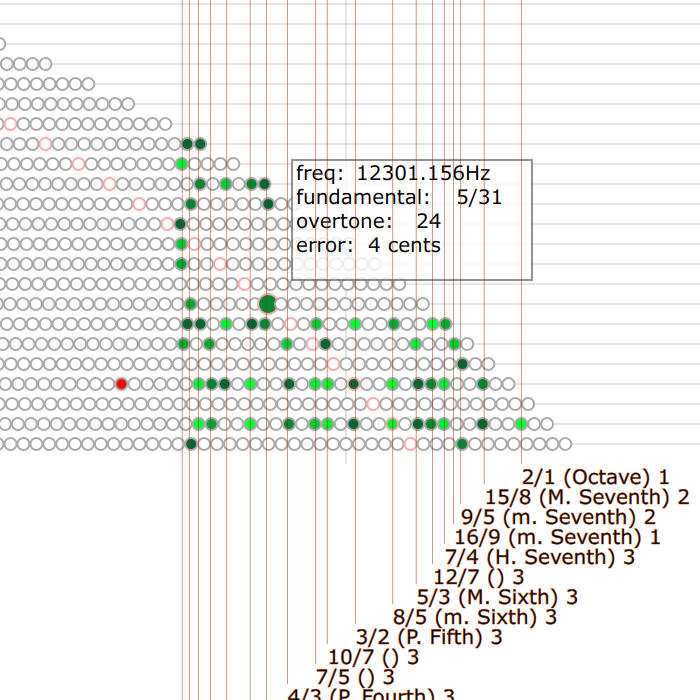 Most of these projects feature graphical interface written with a novel technique. These interfaces are blank SVG graphics containing thousands of lines of JavaScript. Each interface is created and operated from within the graphic using ECMA6's DOM bindings. They usually include two websockets to exchange raw data with a server. 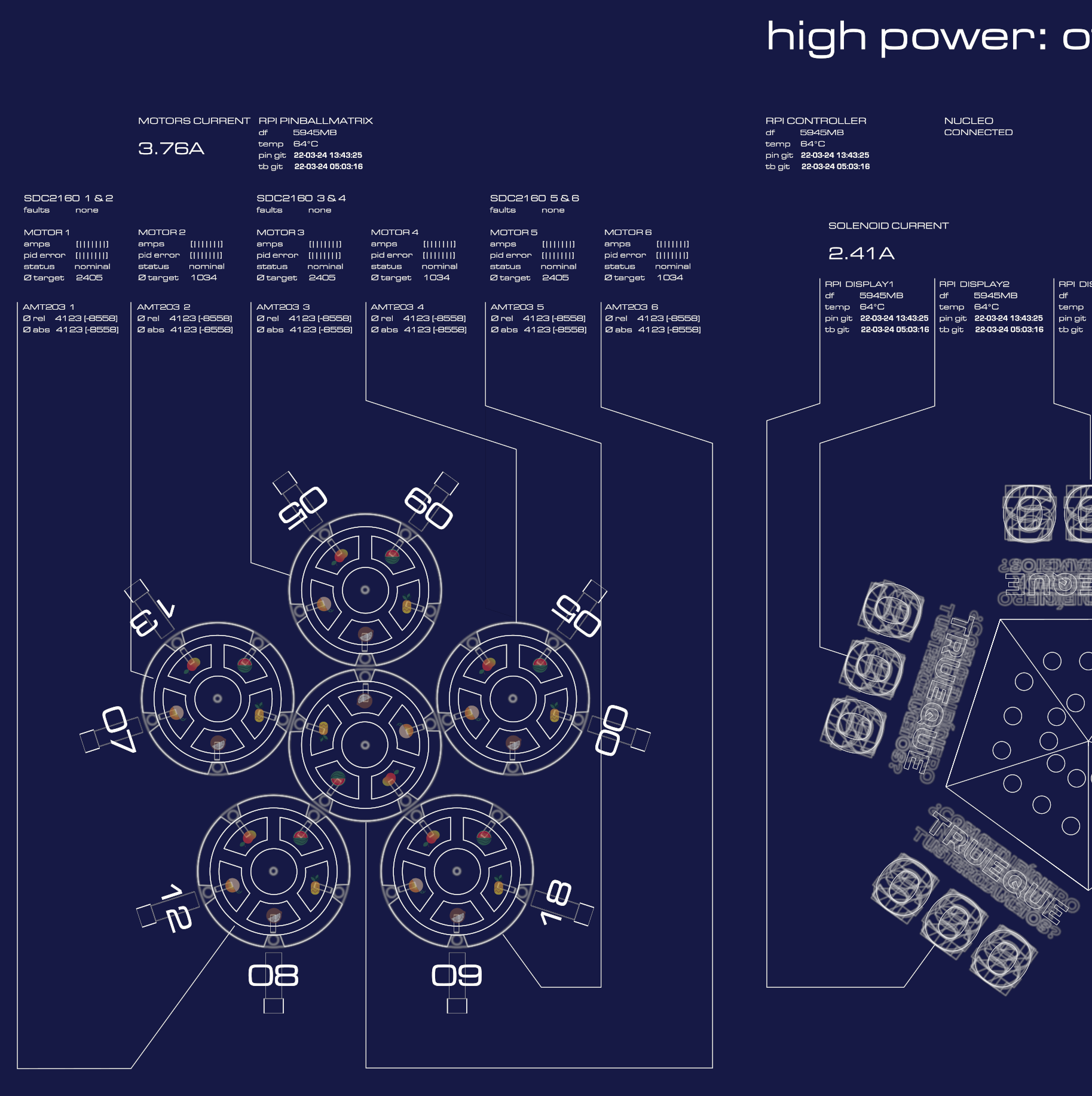 There are no templates and no markup. And there are no frameworks of any kind. Just cut-from-whole-cloth software.

I'm interested in exploring generative SVG because it's a lightweight way to create almost any type of interface element. It's native to the browser. And it can be implemented without any proprietary products or software layers.