The fourteen spinning wings can each create three musical pitches: a fundamental, an octave, and an octave plus a perfect fifth. 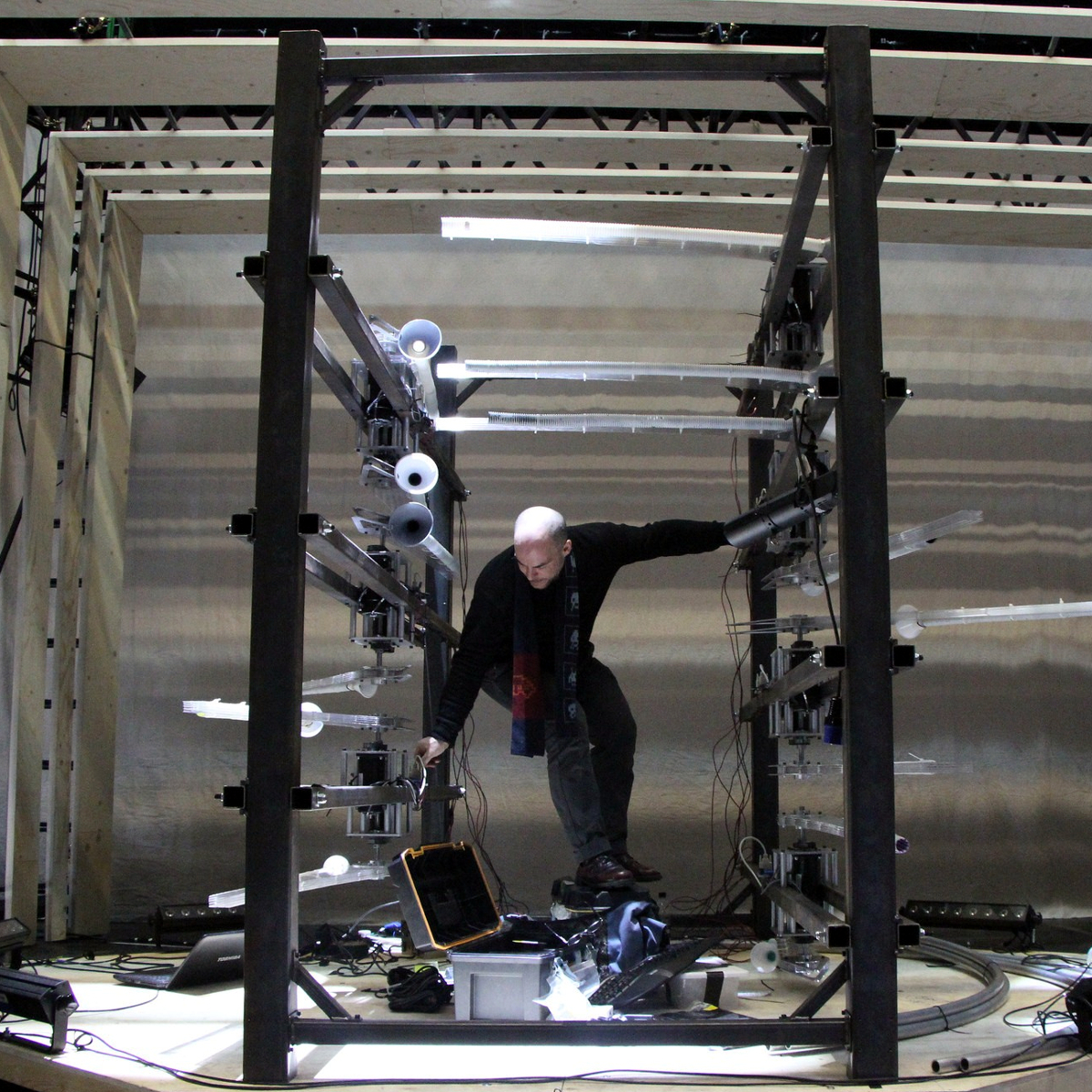 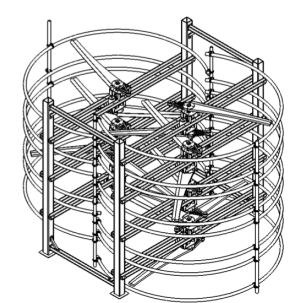 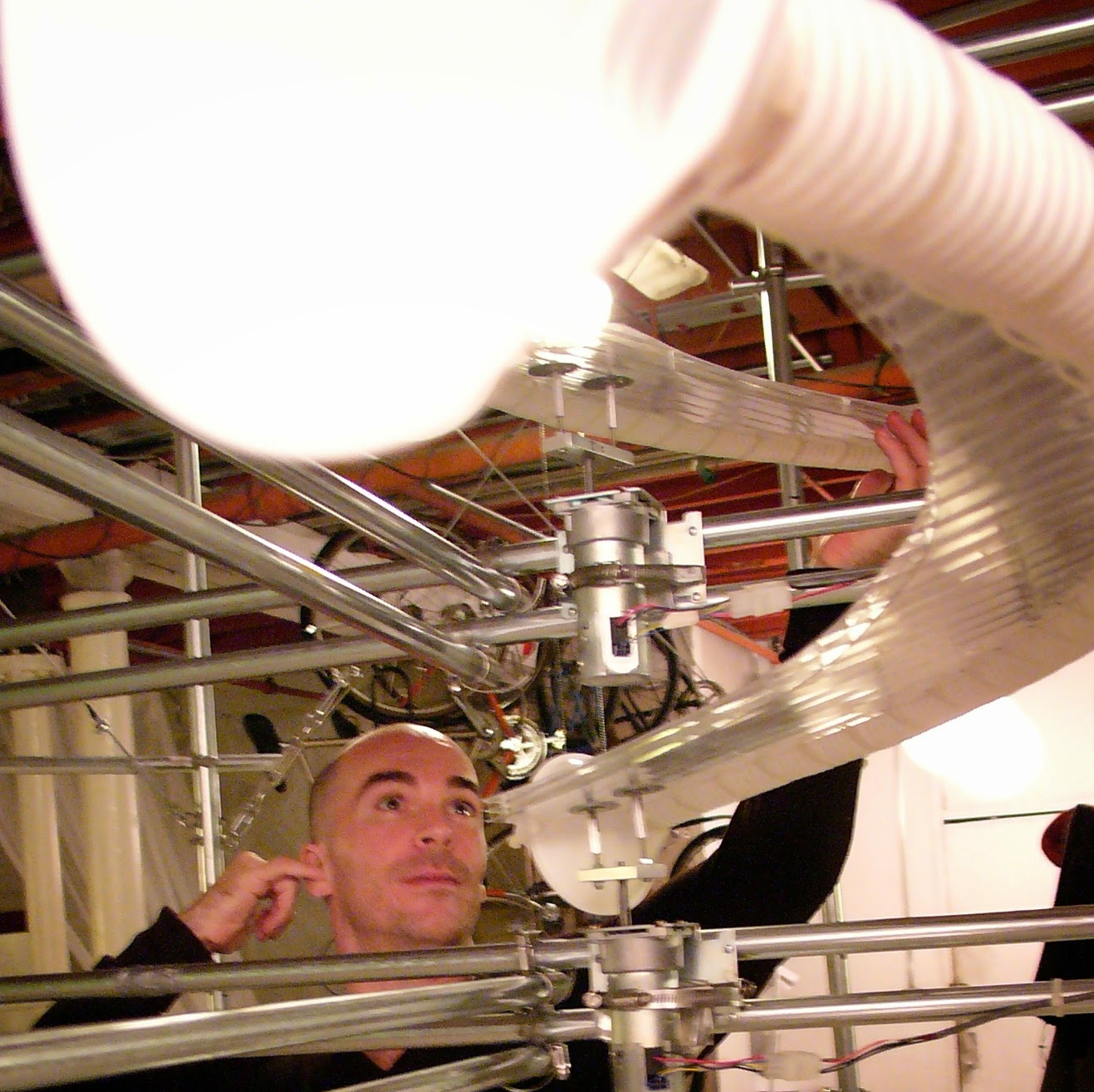 The Dervishes have been featured at TED, at the Royal Opera House in London, at the Solid Conference in San Francisco, and on TV numerous times.

They have been described as sounding like ‘a choir of angry angels’ and also like ‘sniffing a thousand magic markers all at once’. And in person, they fill a whole space with spatialized, shimmery sound.

Its unique sound comes from air flowing through 14 carefully tuned corrugated tubes. As the air flows over each corrugated bump, it creates vortices that vibrate in random and turbulent ways. But when the amount of energy is just right, standing waves begin to bounce up and down the length of the tube. And the random energy of the vortices becomes entrained with the standing waves, causing them all to resonate near the same pitch. These many little oscillators are what gives the instrument is rich and voicelike timbre.

Robotic controls can spin each tube at a variety of precise speeds, producing four possible pitches per tube. The spinning also produces a tremolo and a Doppler-based vibrato. And it shoots bouncing sound all over a room. 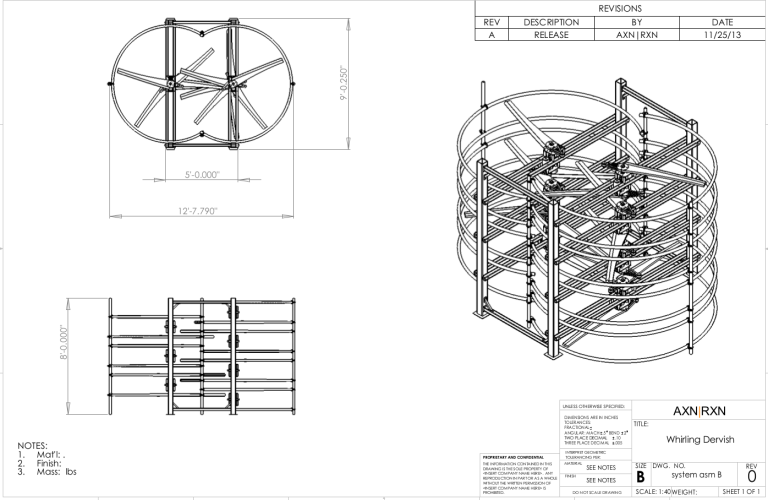 The Dervishes at TED Active 2013

Here's how they came to be.

In 2013 I was honored to win a Lincoln Prize, administered by TED Conferences Inc. They asked me to bring a piece to Lincoln’s exhibition space at TEDActive 2013. I designed The Dervishes especially for this event.

The 8 day production window felt nearly impossible. They were built by many hands over six sleepless days and nights, though mainly by engineer Karl Biewald and myself. Then Karl and I drove them from Brooklyn, NY to Palm Springs, California in 40 hours to make the installation date. Karl and I were so sleep deprived that we really don't remember much of anything from the TED experience. Composer Molly Herron gamely composed new music for the new and unique instrument.

The Dervishes at the Royal Opera House

In 2014, brilliant composer Matthew Herbert wrote the Dervishes into his new opera The Crackle, premiering at the Royal Opera House in London. I expected the Dervishes to live in the orchestra pit. But they were onstage for about a third of the show. No pressure.

It was in this show that I discovered that the unique timbre of the Dervishes has surprising musical property. On the Dervishes, dense tone clusters such as the the entire key of C can be played without becoming dissonant, chromatic mud. This effect could open up new possibilities and make new musical expressions possible.

And that's all I've ever really wanted from these instruments.